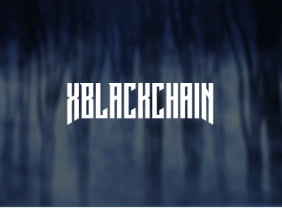 A Greece-based investment fund specializing in crypto and blockchain startups. The company specializes in the P2E gaming industry and invests in P2E projects at different stages.

Blackchain is an investment fund headquartered in Greece and supporting crypto and blockchain startups. The company’s current specialization is P2E gaming, with financing in various projects initiated at different stages. The fund’s other sphere of activity is in-house P2E gaming development to embrace and monetize the latest market trends.

The client came to 4IRE with a request to create V.1 of a blockchain-based RPG game with P2E functionality. The major requirement was a unique blockchain architecture and marketable concept art, giving the game a high monetization potential in the modern P2E market.

The 4IRE team created the entire smart contract logic for the Blackchain P2E game project using the programming toolkit of Rust and ReactJS. Smart contracts’ functionality and safety were tested in-house before the game’s release to ensure user security and the game’s architectural integrity.

The 4IRE artists were responsible for market research and P2E game idea validation from the beginning to the end, negotiating the concept art and gaming elements with the customer’s team. The prototype was created for the client’s close evaluation, followed by the full-scale design process based on the client’s game design feedback and suggestions.

The 4IRE team was responsible for the full project lifecycle, from the discovery phase to the game’s final launch to the market. The developers generated and implemented a marketable P2E game concept with appealing game features and blockchain logic, giving the client a workable, secure, and well-functioning P2E product within a limited timeframe.

The resulting product created by 4IRE engineers was a blockchain-based, P2E RPG game with an appealing concept and numerous gamer-friendly features. The smart contract logic of the game enabled in-game exchanges of assets, acquisition of progress-related rewards, and processing of transactions with game tokens. The client’s team also received comprehensive training to provide adequate 24/7 player support and troubleshooting.

How to Choose the Best Open Banking API for Digital Bank?

Here we talked about what comprises permissioned blockchains, the requirements, piece of the overall industry, components, and the endeavor blockchain structures famous out there.
23 Feb, 2021
Our news

4IRE is building bridges with the Latin American community

Check how 4IRE respectful partner along with our talented architect Rostyslav Bortman are teaching the courses at the private engineering-based university in Colombia
15 Jun, 2021
Blockchain NFT

In this article, we will share our experience in the NFT niche and explain the process of NFT marketplace development step by step so that you capture the intricacies better.
01 Jul, 2021
Learn more