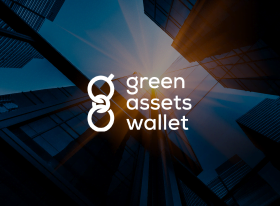 The Green Assets Wallet is the blockchain platform aimed to accelerate the market for green investments.

The 4IRE team was initially involved in the GAW project with the purpose of Chromia blockchain’s integration. The tasks we performed on the project covered the following areas.

The 4IRE team worked on the design of GAW’s back-end functionality based on the Chromia blockchain. This blockchain was selected for its ability to operate as a relational database, its high standard of transparency, and compliance with the relational data model. The developers integrated Chromia elements for secure synchronization of nodes’ databases in the GAW system, while Rell was used for dApp programming and design.

The GAW project was released in 2019, with new features added in later years. It gave a viable innovative solution to the green finance asset allocation in a transparent, immutable way to increase investor trust and popularize the sphere. The app’s market expansion, automated API integrations, and the introduction of crowdfunding functionality were scheduled for 2020.

Decentralized Finance or DeFi is a complex blockchain-based financial products enabling secure, private, and direct financial transactions among individuals without an intermediary’s oversight. In our latest insight, our experts provide an overview of the Dapp market and explain the intricacies of DeFi developer search.
25 Jan, 2022
Blockchain Fintech

Can crypto banks become a full substitution for traditional banks, along with their features and functions? In this article, you'll know everything about crypto banks, their future, and their perspectives.
08 Jun, 2021
Fintech

How much does it cost to develop a DEX?