HomeInsightsBlockchain Use Cases in Trade Finance

Blockchain Use Cases in Trade Finance

One of the main directions of the world is the progress of the digital economy. A special place in it is occupied by new financial technologies, including the distributed ledger system, or in other words, blockchain. The largest banks in the world are showing great curiosity about it leveraging fintech and defi development services.

The capabilities of this system facilitate the process of recording transactions and accounting for assets in the business network and instant general and completely transparent access to information in an immutable ledger.

That is why, in this article, we will look at the unproductiveness of trade finance, as well as find out if the blockchain can handle this task.

What is trade finance?

Let’s start with the most important. Trade finance is a complex of methods, instruments, and mechanisms for financing foreign trade transactions of clients by attracting credit resources from international credit and financial markets by domestic banks.

Banks play a central role in providing such resources. However, funds for financing can also be provided through a third party, for example, through an export agency, international trading companies, specialized non-bank financial institutions.

How does trade finance work?

The respondent, having received and verified the documents, pays in favor of the seller while at the same time, the correspondent bank provides a deferred payment to the buyer. The buyer receives already paid goods and calmly sells them on the domestic market when the deferred payment expires. After that, he repays the amount of the received trade financing to the bank.

Read more about blockchain technology in the food industry

What are the benefits of blockchain?

However, let’s figure out what kind of technology it is, what are the advantages and disadvantages it possesses, and what are the prospects of blockchain development solutions in the market.

So, the blockchain is a kind of Internet ledger that contains data about what belongs to whom. In this network, it is possible to carry out currency transfers and other values, control the process of delivering any product to the consumer. With its help, companies will be able to manage assets, determine the methods of carrying out their activities, and easily carry out personal identification. Many developments, in particular joint developments by Intel, CISCO, SWIFT, and J.P. Morgan are also designed for the banking system.

It is important to note that today it is banks, first of all, who have information about the advantages of blockchain technology, which include the following:

The disadvantages are the following:

For example, the size of the database is equal to the number of operations performed by users. Also, there is no exact information about the maximum number of users that the system can serve.

Also, the complexity exists on a psychological level, since many people associate blockchain with bitcoin, which is not so. Blockchain has nothing to do with cryptocurrencies, this is just another way of calculating.

It should also be pointed out that it is possible to understand the impact of blockchain technology only by combining the three most important components, which include: digital identity (i.e. a set signs of a network entity in the form of electronic records), legitimacy, and efficiency on the part of public administration.

At the moment, banks have not yet implemented blockchain, largely because they have not streamlined the functions of this technology. And besides, financial institutions should be more open to cooperation on this topic.

Each country treats blockchain technology differently: some actively study and implement, others expect it, and still, others negatively perceive the technology. It is prohibited to use cryptocurrencies according to the legislation, however, the National Bank of the Republic is interested in the experience of other countries.

From this we can conclude that blockchain technology is undoubtedly promising, it should be studied. After all, this is a technology that is capable of changing the digital economy, overturning the sphere of government regulation, finance, and other areas.

Blockchain technology has gained prominence mainly due to cryptocurrency. However, this technology can be used in traditional businesses as well. Let’s remember that blockchain is a distributed database that records information about all transactions performed between the parties – participants in a process. The entries from the registry are visible to all participants in the process; they cannot be deleted or subtly modified retroactively. With the help of technology, it is possible to get rid of intermediaries in business, which means, to reduce costs, for example, for the execution of contracts, as well as eliminate fraud. Blockchain allows you to track all processes in real time and save on checks.

The financial sector has pioneered the use of blockchain. This is not surprising: the idea of ​​cryptocurrency transactions between wallets can be easily carried over to traditional bank transfers. Cross-border blockchain-based money transfers take minutes, while through the international payment system SWIFT, especially in the absence of correspondent relations between the sender and recipient banks, the transaction can take up to three business days. Blockchain can be used both for customer verification and, in the long term, for reporting to regulators.

A consortium of European banks led by Swiss UBS has launched a blockchain platform in line with new EU banking laws that came into force this year and require banks to disclose more data and conduct more thorough due diligence on customers and counterparties.

The greatest benefit of blockchain will not be for a company with a dozen verified counterparties, but for an enterprise with many suppliers, buyers, franchisees who need to be constantly monitored. One example of suitable industries is logistics. Together with the cargo, the supplier sends forwarding documents, which at each stage of delivery are checked by warehouse staff and customs officials. In sea transportation, there are often cases when documents take longer than the cargo itself, and the recipient is forced to wait for them to receive the goods.

What does the blockchain-based cargo delivery process look like? The consignee sets requirements for the documents, the sender uploads them to the online storage, a pointer to the data storage location appears in the distributed registry. All participants use special software, which at each stage of the transportation of goods records all operations in the chain.

An employee of a warehouse or customs office confirms the fact of delivery of the goods with his unique signature, and the recipient of the goods does the same. Each participant in the process has a private key that allows you to identify senders and recipients. The signature, like the key, is encrypted. Blockchain makes it impossible to capture cargo by rewriting it to another person.

Another area of ​​blockchain application is the accounting of real estate transactions. According to the same scheme as in logistics, documents are uploaded to the blockchain, transactions are reflected there and are accepted by all interested parties, including the registering authority.

The registration of real estate transactions in the blockchain will make sense of such a procedure as obtaining an extract from Rosreestr: everything that happened to the property can be seen in the block chain.

Blockchain business is not done alone. High results can only be achieved together with like-minded people in consortia and professional communities.

There are many blockchain businesses out there. However, not all of them are suitable for the trade finance niche. Finance is one of the critical use cases of blockchain technology and many businesses are now offering tailor-made solutions for trade finance blockchain platforms.

If you are looking for the best trade finance blockchain companies to help you with your project, then you should definitely check out all the options below. We have selected the most popular and most suitable enterprise blockchain suitable for trade finance. So let’s see what it is:

Hyperledger is a collaborative open source project created to advance blockchain technologies by implementing the features required for an open, cross-industry standard for distributed ledgers. This is an international project that encompasses leading companies in the fields of finance, banking, IoT, logistics, manufacturing and technology. The Hyperledger project is supported by The Linux Foundation.

Hyperledger is committed to developing open, distributed ledger technologies that will enable companies to build stable industry-specific applications, platforms, and hardware systems designed to perform specific business operations. The project has over 122 participants and spans a variety of industries, including finance, healthcare, IoT, credit card services, aviation and others.

The Ethereum Enterprise Alliance (or EEA), formed in February 2017, brings together a variety of startups, Fortune 500 companies, technology providers, academics, and Ethereum experts to work on Ethereum as an enterprise-grade technology.

Ripple is a private, commercial organization that created RippleNet to exchange digital and fiat assets in real time. The network runs on top of the XRP Ledger Distribution Ledger (XRPL) with the XRP token. At the same time, RippleNet is neither a blockchain nor a cryptocurrency. In addition, Ripple claims that they are legally and organizationally unrelated to XRP Ledger.

Therefore, one cannot say that Ripple and XRP are the name and ticker of the same cryptocurrency (like Bitcoin and BTC). Ripple is a company, RippleNet is a payment gateway created by Ripple, and XRP is a separate cryptocurrency. At the same time, if you believe the leadership of Ripple, then instead of XRP, they could use any other cryptocurrency, it is just this technology that suited them best. And the fact that Ripple owns 60% of all XRP money supply is just a “gift” from the blockchain developers of the open source XRP Ledger.

Blockchain technology is a symbol of decentralization, the transfer of control over data to clients, who are now free to dispose of them themselves. IT leaders need to rethink their blockchain strategy in anticipation of a growing user base that won’t tolerate someone else owning its data. 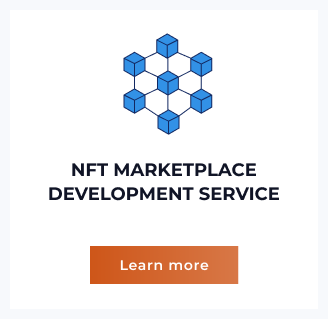 4IRE is building bridges with the Latin American community

Check how 4IRE respectful partner along with our talented architect Rostyslav Bortman are teaching the courses at the private engineering-based university in Colombia
15 Jun, 2021
Blockchain

Decentralized Finance or DeFi is a complex blockchain-based financial products enabling secure, private, and direct financial transactions among individuals without an intermediary’s oversight. In our latest insight, our experts provide an overview of the Dapp market and explain the intricacies of DeFi developer search.
25 Jan, 2022
Learn more