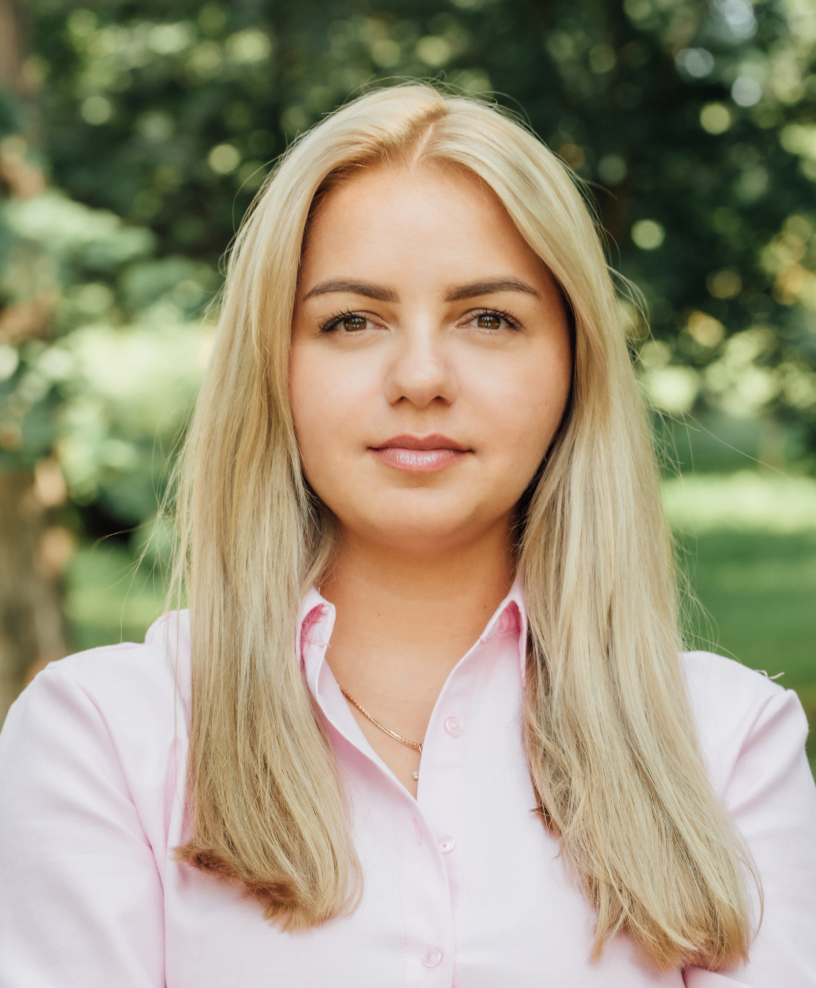 Although still growing, Hyperledger has already matured enough to attract the attention of businesses interested in building blockchain cheaper and simpler or aiming to do it bigger and better.

Primarily, that’s because its permissioned blockchain-friendly frameworks are backed by some of the biggest names in the tech world and, unlike Ethereum, have no problems maintaining the crystal-clear reputation.

But before going any further, one important question needs to be answered.

A more precise definition can be given by comparing Hyperledger to Ethereum.

Both Hyperledger and Ethereum, are open-source blockchain projects, both are applicable for industrial blockchain networks. both are sort of hubs attracting the developers and stimulating the collaborative development and refinement of the blockchain-based frameworks and tools.

But there are also principal differences between the two.

While Ethereum blockchain is the offspring of Vitalik Buterin, who wasn’t particularly known prior to the launch of the project, Hyperledger from its very beginning was associated with the global names. It is hosted by The Linux Foundation since December 2015 and has already gained the contributions and support of Intel, IBM, Monax, and others.

Lacking the millions that the development of a global blockchain platform normally takes, the Ethereum project helped itself with the initial coin offering.

Having raised $18,4 million, Ethereum introduced the concept of ICO to the wide public and made cryptocurrency crowdfunding available to plainly everyone, which subsequently paved a way to all sorts of scum that ICOs are now famous for.

Hyperledger, obviously, has never encountered financial problems but instead is risking some very big names. Introduced half a year after Ethereum, Hyperledger foresaw the political and other issues that cryptocurrencies could cause and decided to distance from it.

Answering a question about Hyperledger’s own cryptocurrency, Brian Behlendorf, the Executive Director of the Hyperledger project, made a pretty clear statement:

In addition to not participating in any public fundraising, Hyperledger has the frameworks poorly suited for such activities. Theoretically, Hyperledger’s code can be used for creating digital money, but that would be far more difficult than doing it with Ethereum.

Besides, Ethereum has always been focused primarily on the B2C applications – public blockchain comparison, while Hyperledger has been targeting B2B blockchain uses – private blockchains.

However, the closed, strictly business nature of Hyperledger has its cons. Namely – a very limited number of engineers and companies (in comparison to Ethereum) have ever dealt with it, which makes the search of developers longer and hiring them costlier.

For that reason, the use of Hyperledger, any of its frameworks, for business networks has to be justified.

As for 2018, the number of frameworks rolled out by Hyperledger is equal to five, namely:

The selection of the appropriate framework is a matter of efficiency. While all of them are geared towards industrial use, each offers its own features making it more beneficial for one niche and more troublesome for another.

What it means is that the right framework chosen prior to the launch of the project will result in the ultimately higher performance, more solid security, and lower cost of the end product. And, given the cost of the blockchain technology now, the savings tend to be significant.

All that makes the understanding of each of the five and the analysis of their strengths and weaknesses a key.

The brainchild of Monax, Burrow attracted the sponsorship of Intel soon after entering the incubator. A part of a bigger project of Monax, Burrow represents the adaptation of Ethereum’s smart contracts for use in corporate networks. For that, Burrow gives nodes customizable access by running multiple chains in parallel.

For example, node A and node B use chain 1, while node B and node C use chain 2, so node A has no access to the transactions between B and C.

From a technical standpoint, the Monax’ big project consists of 3 key elements:

Hyperledger Burrow is a combination of the first 2 elements – they are publicly available. The third element, however, has to be purchased from Monax. Burrow is not production-ready for this exact reason – the open-source code is incomplete.

With its free-but-not-so-fast approach, Burrow is somewhat expensive. Its application makes most sense if the project needs a technical backup from a big software company and a vast degree of customization.

Burrow, however, is highly versatile – the framework is applicable for pretty much everything, ranging from supply chain database and distributed document ledger to voting and even DAO development.

Out of the five, Fabric is the most talked about, in part because it was the first to enter the incubator, but primarily because of IBM’s marketing efforts. Released in July 2017, Hyperledger Fabric was initially contributed as a joint venture of IBM and Digital Asset aiming to create an easy-to-adopt blockchain platform for large industrial networks.

Fabric is so renowned that this word is often mistakenly used as a synonym to Hyperledger, which adds quite a lot of confusion to quite a lot of discussions. Originally the IBM OpenBlockchain project, Fabric is the only one whose architecture was developed before that of Ethereum blockchain. It wasn’t affected by the latter and its architecture is distinctive.

Yet another versatile framework, Hyperledger Fabric is a generic enterprise-grade software. An example of a permissioned blockchain system run on Fabric is the Maersk’s TradeLens Blockchain Shipping Solution.

The development (and especially production deployment) of the Fabric-based apps requires considerably more effort than the rest of the five do. That’s because it’s somewhat outdated and the competing frameworks are just more advanced. However, this weakness is partly neutralized by a vast amount of documentation and tutorials from IBM.

Fabric makes most sense where simple functionality and no complicated business logic are needed but the transactions inside the network must be private.

Unlike the two described above, Indy is a narrowly focused platform. Contributed by the Sovrin Foundation, Indy is focused on the distributed identity management.

As a matter of fact, the permissioned blockchain with such functionality can be built on any of the Hyperledger frameworks, but because Indy was developed specifically for this purpose, it offers significant time and money savings. Yet, it’s poorly applicable elsewhere.

Indy is now under development (the roadmap can be seen here) and is not considered production-ready yet. But its code is publicly available and can be used for the development.

Iroha is the Japanese project contributed by Soramitsu and released in March 2018. Another specialized platform, Iroha is tailored for distributed ledgers and digital asset management systems.

Featuring a somewhat limited functionality – the framework does not enable smart contracts or any other form of complex business logic – Iroha gives the best tools for some of the most demanded permissioned blockchain uses to date. The ones related to the financial sector.

The present-day blockchain-based banking app doesn’t need a lot – just to mint/burn and transfer digital assets plus deal with some wallets. And that’s what Iroha allows to develop the quickest and the cheapest way possible.

On top of that, Iroha stores transaction state in a convenient, from a development standpoint, form – the SQL. What it means is that the software built on Iroha enables simple integration with the proven analytical tools – something that Fabric, for example, struggles to do.

And, just as the rest of the Hyperledger frameworks do, Iroha ensures a high level of privacy and high-speed consensus algorithm out of the box.

While Hyperledger Fabric is the most well-known and widespread, Sawtooth is the most advanced and heavy-duty. Originally created by Intel, Sawtooth is the only one having no byzantine fault tolerance and relying on the unique Proof of Elapsed Time (PoET) consensus algorithm, which plainly redefines the meaning of the word “efficiency”.

For comparison, the Bitcoin’s Proof of Work consensus protocol uses three-four hundred times the energy and computing power the PoET needs – not even the analogy between a steam engine and electric motor can reflect the gap.

With that, the Sawtooth-based software ensures a very high speed of transactions while putting low demands on the hardware.

Out of the 5, Sawtooth is the most versatile – it allows even more than Burrow or Fabric manages to, although the development efforts also tend to be higher. Sawtooth is what you use if no other Hyperledger framework is up to the task.

In many ways, Sawtooth is similar to Fabric. It’s a cross-functional platform featuring a modular architecture and supporting the concept of Transaction families – something that Fabric does with its chain code. The difference, however, is that Sawtooth relies on the Python programming language, which makes the end software way easier to deploy and service.

Sawtooth is the only one allowing adequate integration with other blockchain frameworks. For example, it features a tool called Seth allowing to combine Sawtooth with Ethereum smart contracts from Hyperledger Burrow.

The main weakness of Sawtooth is the developer documentation, which is arguably insufficient for even mid-range developers. In combination with its novelty and a relatively small number of experienced engineers, this greatly limits the practical usefulness of Sawtooth for now.

In other words, Sawtooth best works for huge enterprise projects – building a blockchain network for the complicated business process with thousands of participants in the network.

Having a big potential, Sawtooth demands a lot of resources in order to unlock it.

4ire Labs introduces NEAR Protocol, its benefits, and use cases as an official integrator. Learn more about this next-gen layer 1 protocol to reap its benefits early.
22 Sep, 2020
Blockchain Fintech

Can crypto banks become a full substitution for traditional banks, along with their features and functions? In this article, you'll know everything about crypto banks, their future, and their perspectives.
08 Jun, 2021
Fintech

How to Build a Fintech Startup in Sweden?

What are the challenges for a Fintech startup in Sweden? Read our interview with the CEO of Sparla about her experience and the main challenges she faced.
02 Oct, 2020