Looking for experts in Blockchain and P2E games development? 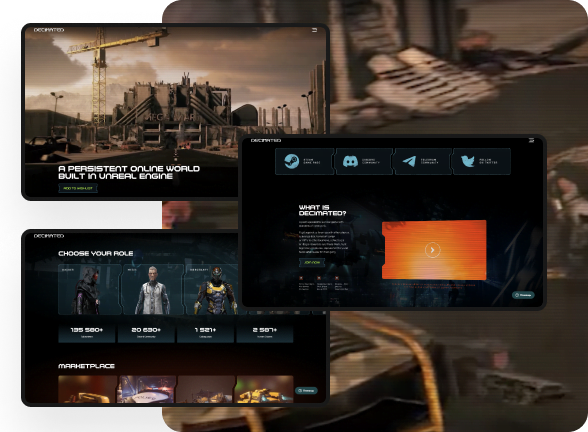 P2E games benefit from an internal staking/vesting system giving its users a passive income. This case study explains how the 4IRE team created vesting and staking architecture for an existing blockchain-powered game, Decimated.

Decimated is a blockchain project from Estonia, a P2E game with an expanded set of features for the gamer community, including an opportunity to earn a passive income from their earned in-game tokens – DIO. 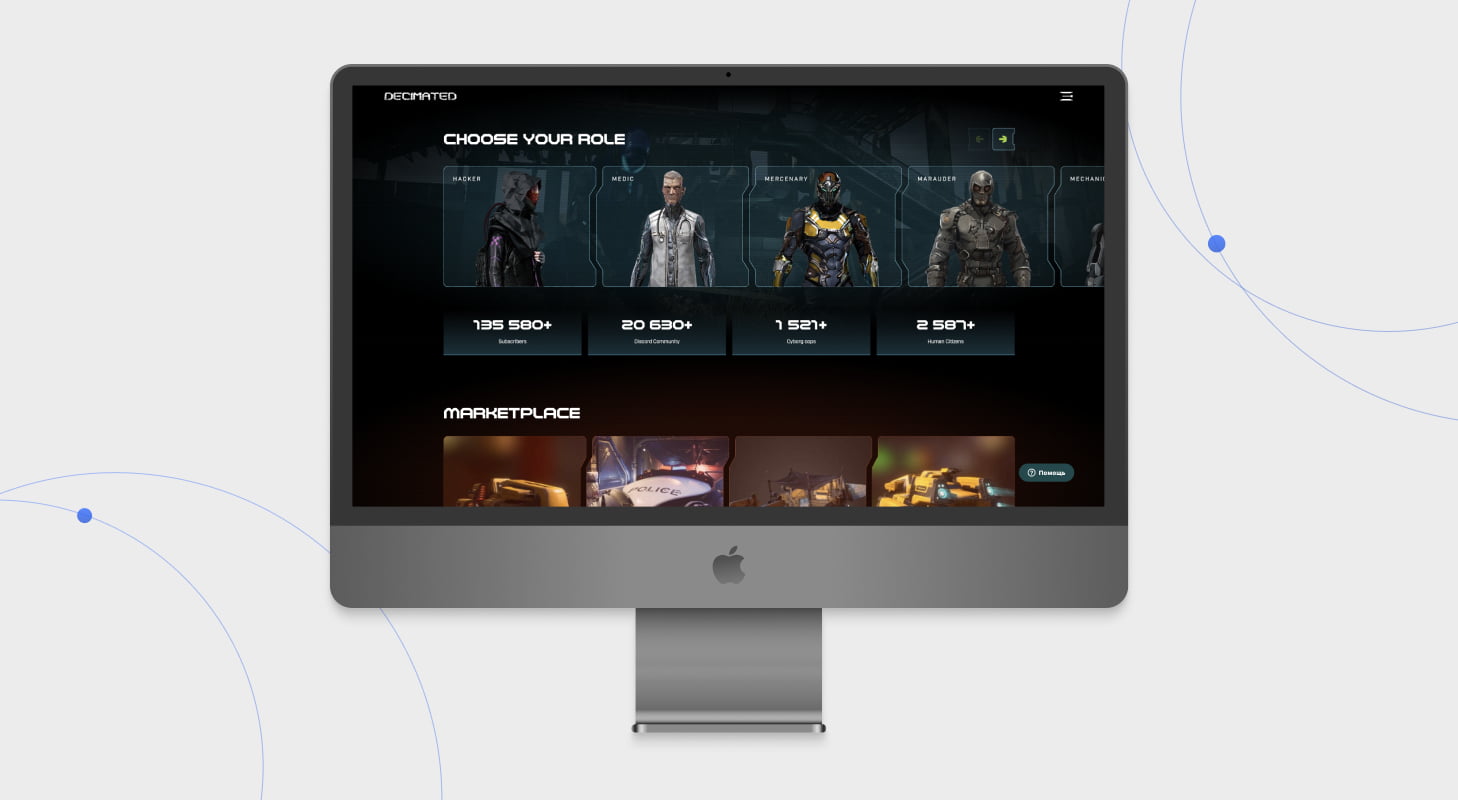 The client contacted 4IRE with a request to develop three additional components to their game’s architecture: a vesting system, a staking feature, and an in-game marketplace. The client gave 3 months as the final deadline for these milestones’ delivery.

The 4IRE team encountered several organizational issues in the Decimated project. The first bottleneck resulted from the absence of a discovery phase due to the tight project deadline. Second, the terms initially negotiated with the 4IRE blockchain architect could not be met in the process. As a result of that challenge, the company’s analyst had to formulate and allocate tasks without the architect’s confirmation. The collaboration model was also poorly negotiated with the client, causing confusion about fixed-price vs. dedicated team approach. 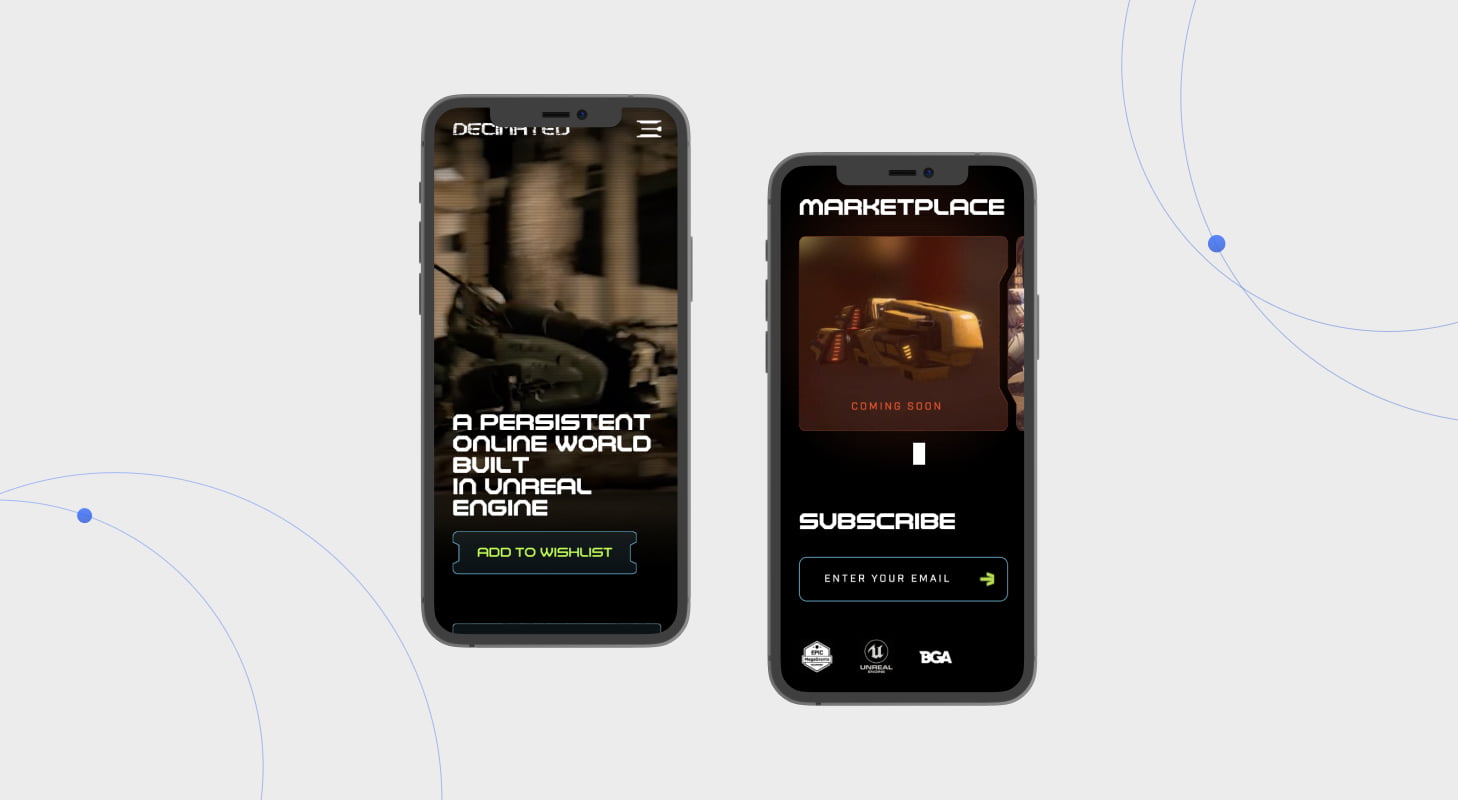 The first phase of project work involved the creation of a staking system. The 4IRE team used Kanban because of the lack of clarity regarding the scope of the work.

The second phase presupposed the vesting system’s design. The client’s major requirement was the ability to import data from Excel spreadsheets with manual records about the game’s investors. 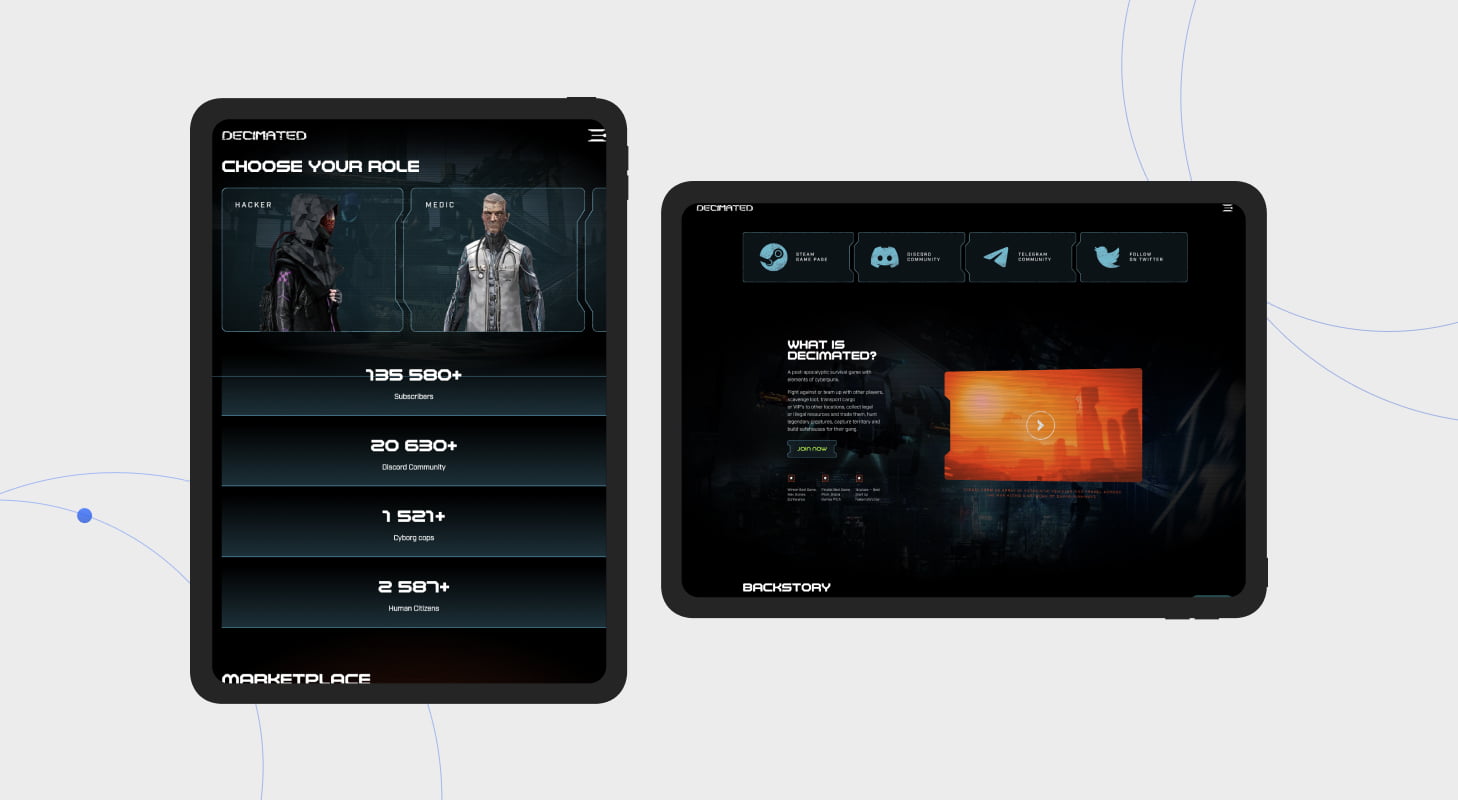 The staking system produced by 4IRE experts possesses a sleek, modern design and rich functionality, such as the pending reward, lock period time, number of staked DIO tokens, the total number of staked tokens, and rewards per day. The panel also indicates the expiry date and shows whether the staking pool is active or expired. Besides, it allows the project owner to add pools and manage them the way they need (editing of terms, stopping the pool, adding rewards, etc.)

The vesting system developed by 4IRE enables the automatic addition of the game owner’s Excel spreadsheets and handy, error-free data integration. The system also has an admin panel for convenient data management, offering a complete view of token vesting activities and statuses, including the seed sale, strategic, private, and public token acquisition data. The user panel in the vesting system allows convenient token claiming and management. 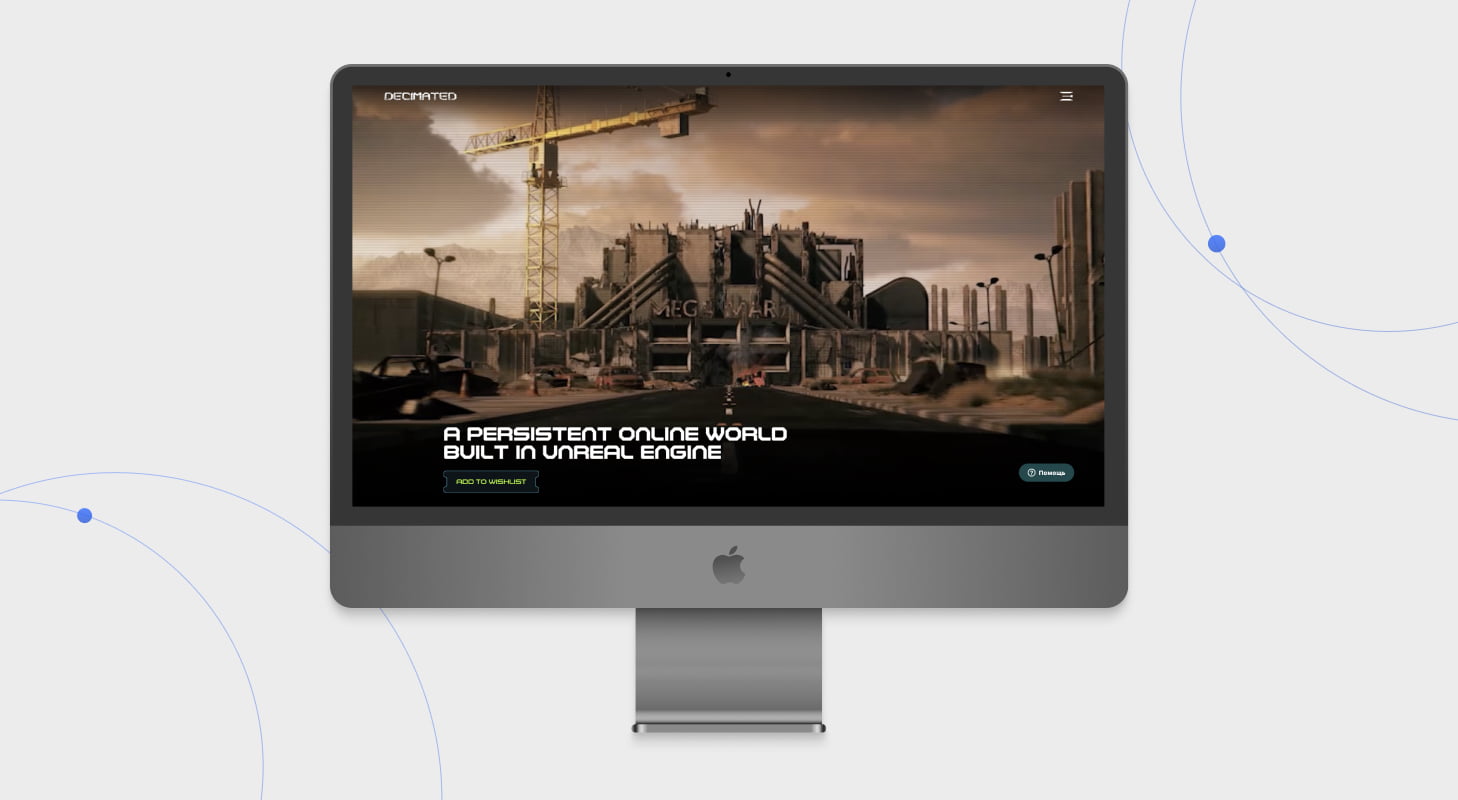 The project is still in the making, with major milestones delivered since the start of work in March 2022. The project’s owner now has a fully functional, customizable, and manually manageable system for in-game token staking and vesting. The remaining part of the project is the in-game marketplace, which is scheduled for delivery in the autumn of 2022. 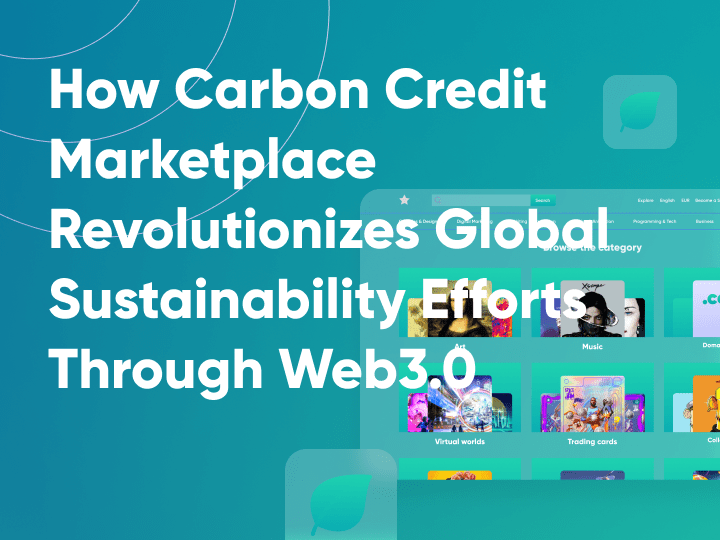 How Do Carbon Credit Marketplaces Revolutionize Sustainability Efforts through Web 3.0?

Carbon credits are the best way to adjust companies to meet their amount of CO2e. In our latest article, we talk abo ... 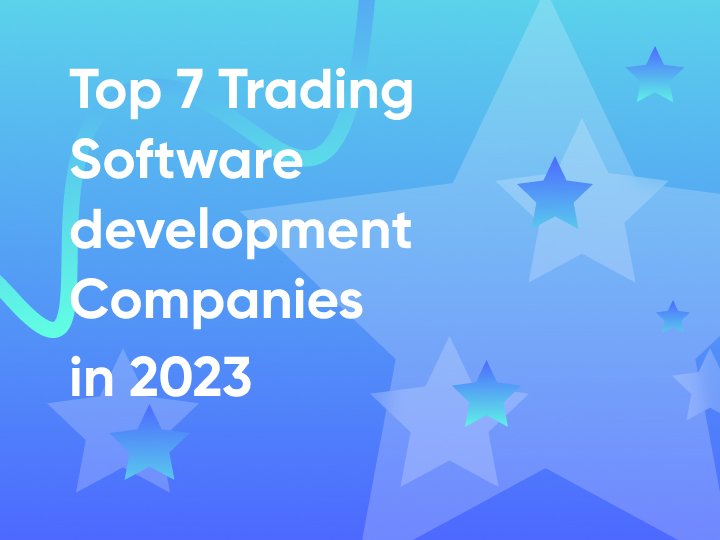 In 20th century trading software become an important part of any business. Here is the list of the leading trading s ...

GameFi is one of the most exciting phenomena in the modern gaming industry. Read our latest insight about blockchain ...