HomeInsightsTop 10 Projects on Polkadot You Should Watch Out in 2021

Top 10 Projects on Polkadot You Should Watch Out in 2021

With blockchain developing at an immense pace, Ethereum can no longer handle all current and upcoming projects within its existing network. The problem was realized several years ago, and to promote the sustainability of booming blockchain development, several viable alternatives emerged in the sector of blockchain protocols. One of them is Polkadot – a protocol offering a perfect combination of low latency and high throughput to developers, thus enabling faster and more affordable transactions within the blockchain ecosystem and beyond its borders.

Polkadot was launched in 2020 and has already attracted 350+ projects successfully functioning on its platform. In 2021, many more projects are expected to be launched, but are all of them created equal? And do all of them deserve a developer’s, user’s, or investor’s attention? The 4IRE team has chosen the best Polkadot projects to watch out for in 2021 to let you join only high-quality projects and reap the benefits of sleek design, versatile functionality, and robust Polkadot-powered performance. Our developers have first-hand experience with the Polkadot protocol, which allows us to produce objective, informed assessments of new dApps created on its basis. 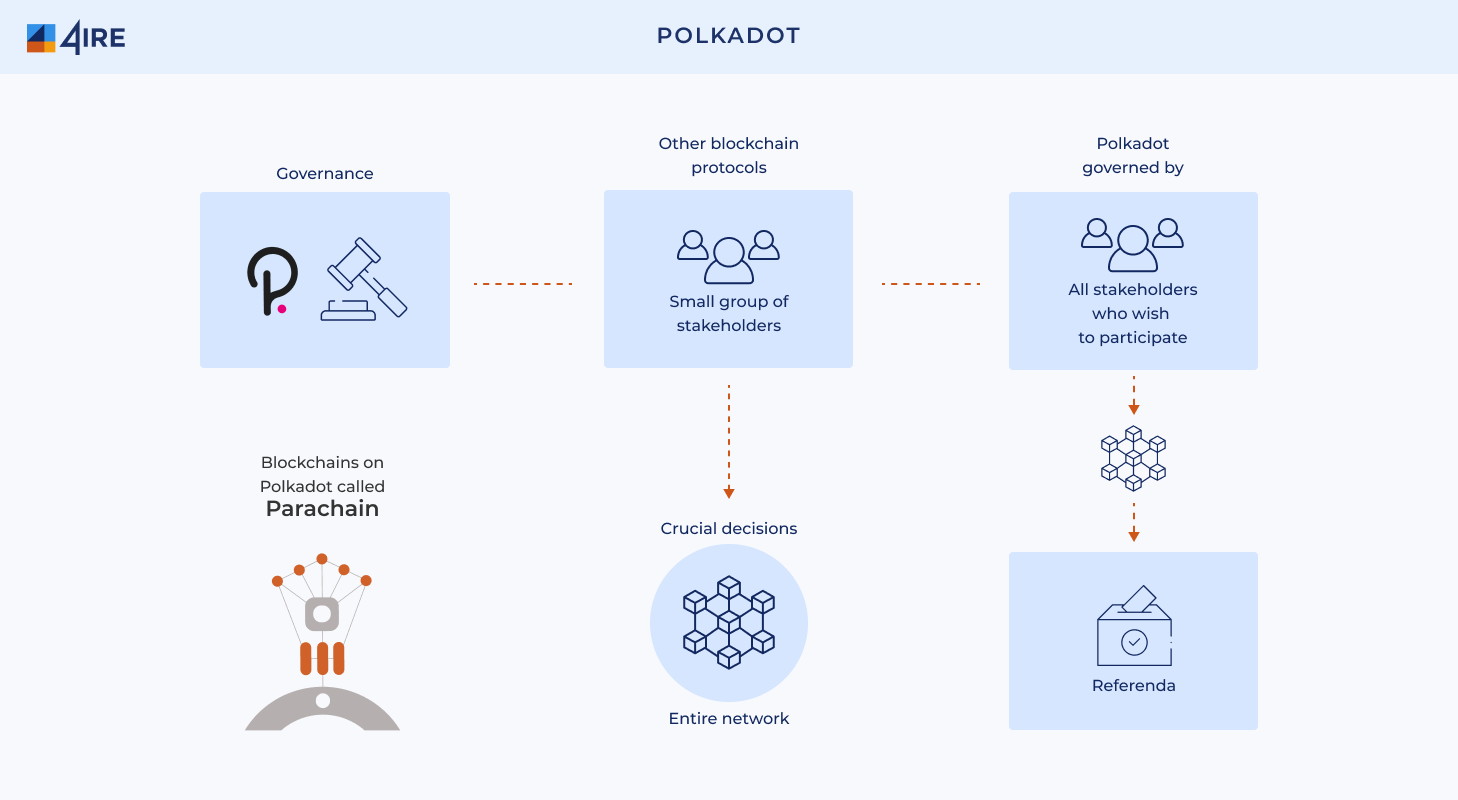 What Can You Do with Polkadot? Top Technical Features

Most of you probably know what Polkadot is. But what attracts hundreds of businesses to this protocol, choosing it to power their dApps and Fintech products? At the basis of its popularity lies a unique infrastructure, with the base chain (or relay chain) serving as the hub connecting all Polkadot-powered projects, while parachains are separate projects built independently and then linked to the relay chain to enjoy all benefits of the ecosystem.

The Polkadot-compatible Substrate framework is a user-friendly solution for quickly creating parachains, which can be easily linked to Polkadot after launch. Substrate offers native compatibility with the mother protocol while at the same time enabling fork-free upgrades and ensuring flawless interchain connectivity. Apps created on Substrate also can enjoy the built-in pooled security feature, activated by default after your project’s connection to Polkadot. 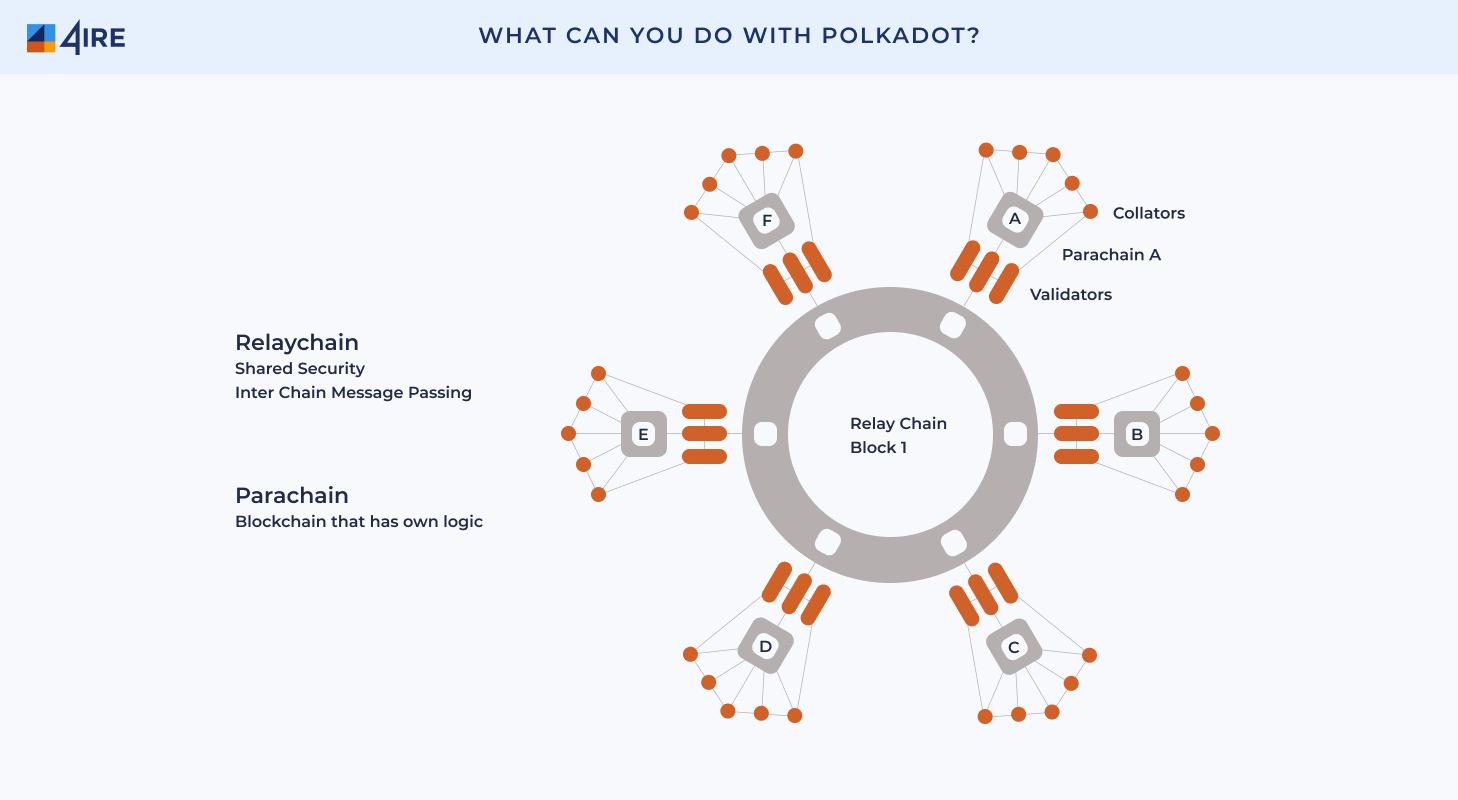 This protocol supports private and public blockchain creation, permissionless blockchain, bridges, smart contracts, and oracles along with other blockchain project types. Thus, when talking about projects you can build on Polkadot, you can see that the list is literally endless. Any dApp, DEX, or CEX, a well-functioning NFT marketplace, or anything else your creative mind can imagine can be realized and launched with the help of Polkadot. Here are some examples of what’s already functioning well:

As you can see, Polkadot is universal and fits all types of blockchain project needs. Besides, it’s 100% open-source and free, making the process of development, audit, and update much more manageable for industry players of all scales.

Read also:
Cardano vs. Polkadot: Which ‘Ethereum Killer’ to Look Into?
Polkadot: Technology That Can Boost Your Blockchain Startup 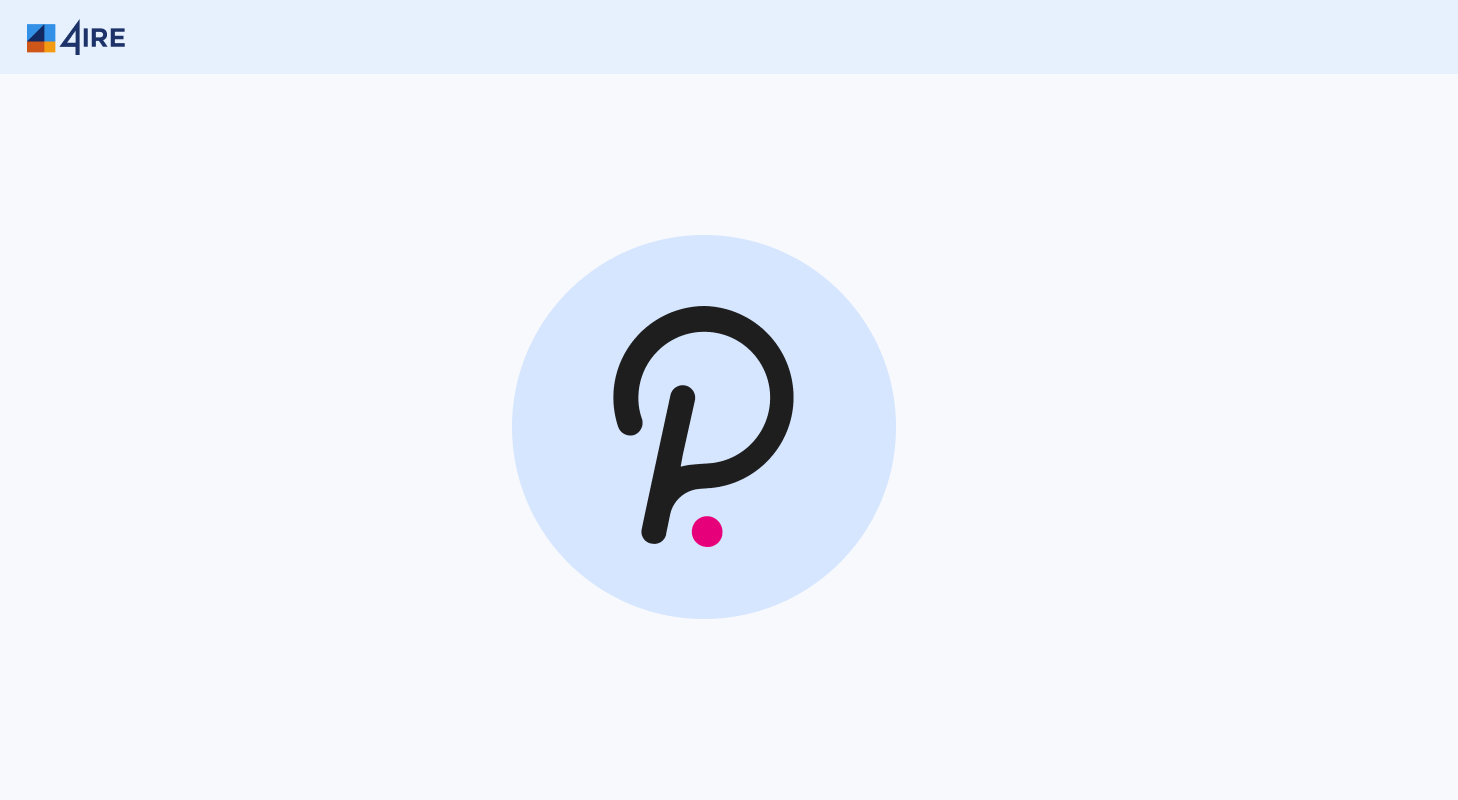 As all the hype around crypto started around BTC, it’s natural to expect some workable integrations of the BTC ecosystem into the Polkadot network. This is achieved via PolkaBTC – a trustless Bitcoin gateway for Polkadot linking the two protocols with the help of the XCLAIM framework, a highly secure bridge solution ensuring safe financial interoperability. As a result of this technical hack, Polkadot provides BTC equivalents wrapped in the Polkadot protocol in the form of PokaBTC tokens. The latter can be exchanged 1:1 for a real BTC by burning the equivalent token in the Polkadot system. 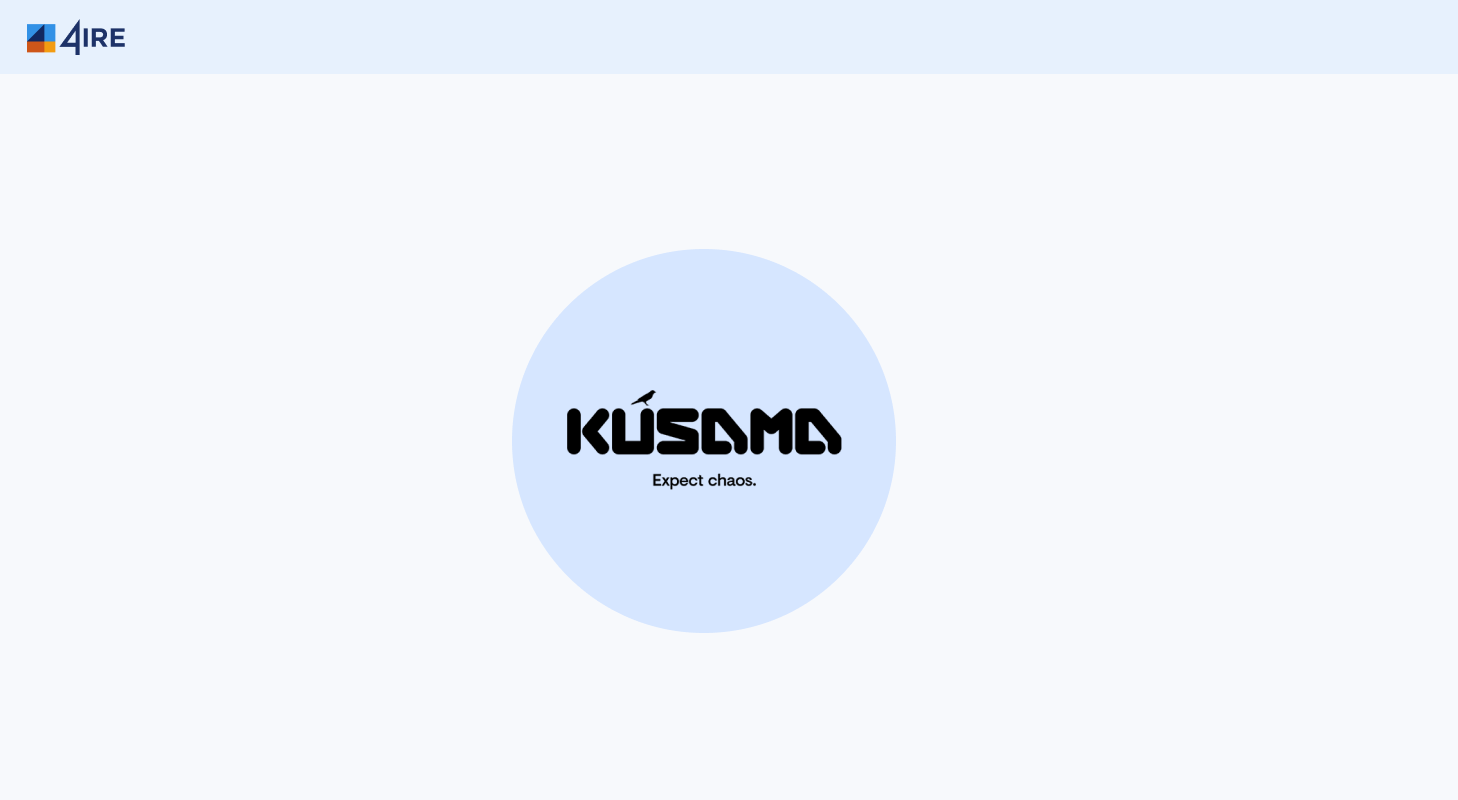 Kusama officially presents itself as a scalable and multichain network for radical innovation. It was launched in 2019 as a testing polygon for the craziest Polkadot projects under development. Its creators have dubbed it a “canary network,” which means that Kusama can warn the Polkadot developers about the full range of potential hazards and problems their project will encounter upon an official launch on the Polkadot relay chain. The benefits it offers to developers include cost-efficiency, fast iterations, and the use of next-generation technology. 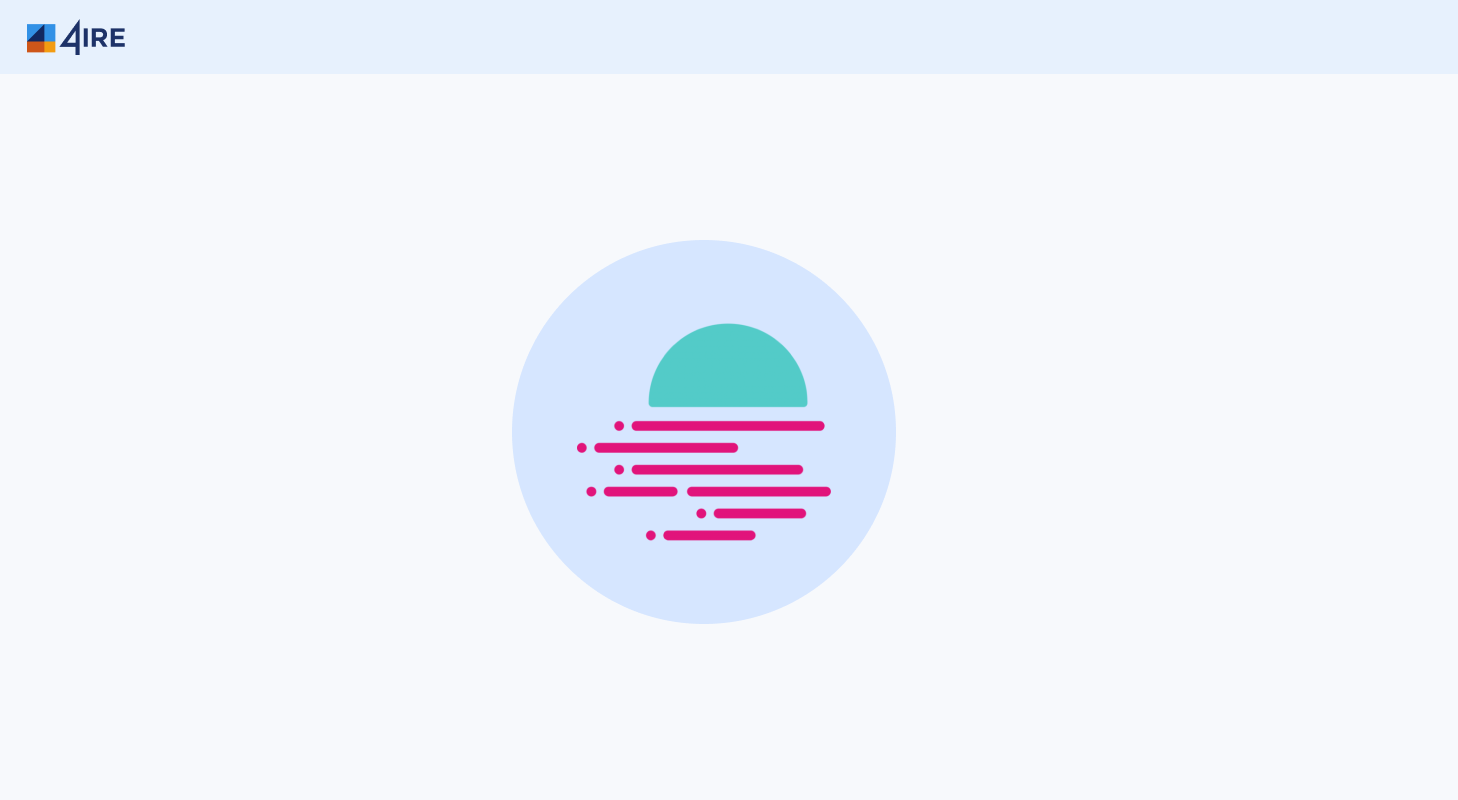 Moonbeam is another project that the blockchain community looks forward to testing and exploring in 2021. Its promise is unprecedented: Moonbeam claims to combine full compatibility of the Ethereum network with Polkadot, thus pushing the boundaries of scalability and cross-chain integration. The solution is anticipated to simplify dApp deployments and offer various tools that the users of Ethereum are used to, together with the Substrate-based API integration. Thus, Moonbeam will serve as a bridge between two powerful blockchain solutions by combining the robust performance of Polkadot with the user-friendliness of Ethereum. 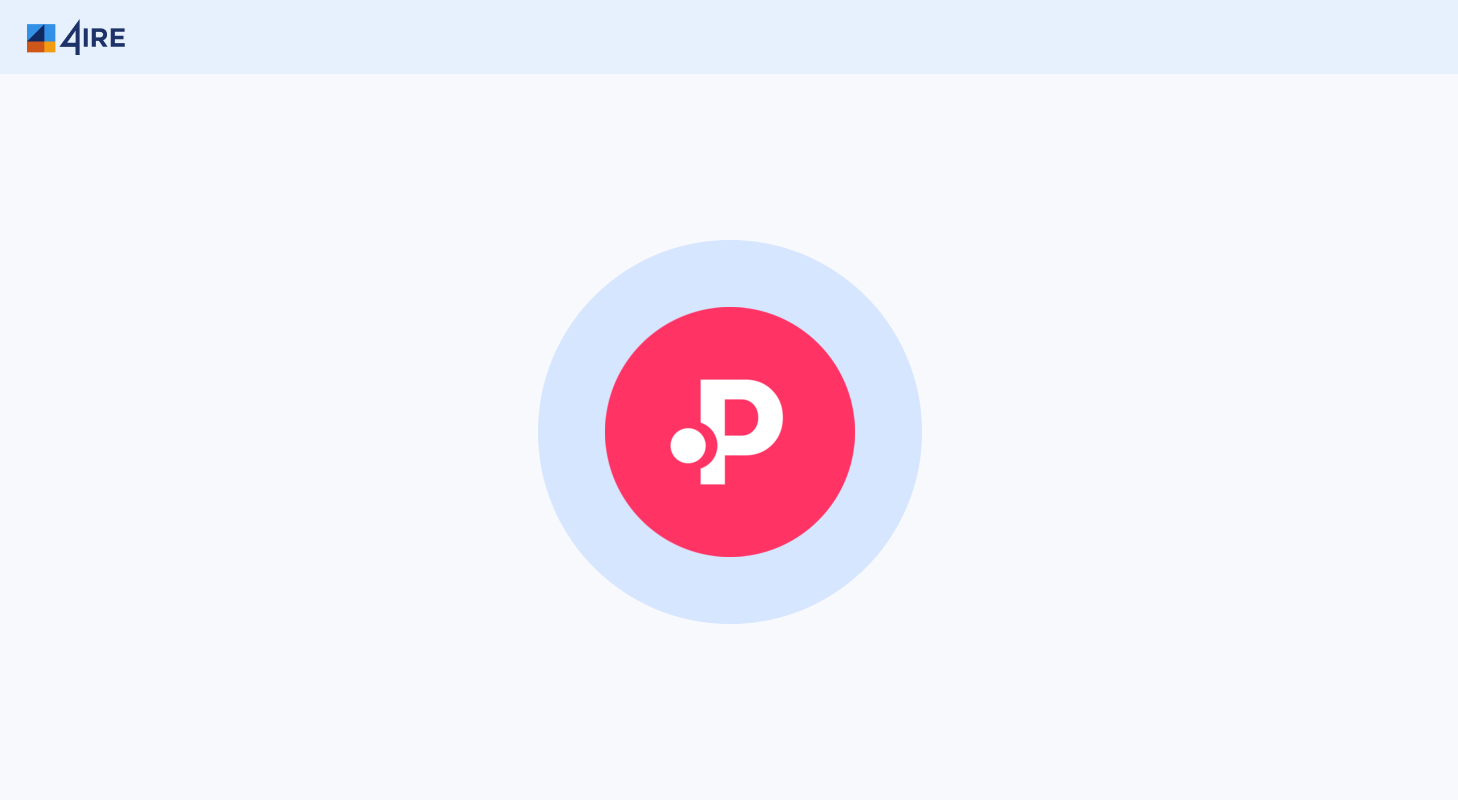 Investment in blockchain startups is booming today, with thousands of crypto enthusiasts choosing to maximize their ROI by investing in the promising projects at their early stages. Polkastarter has emerged as a fundraising solution uniting investors and startups wishing to attract funds to finance their projects in one safe place. Thus, investors enjoy access to projects at the launch or pre-launch stage, while developers can secure financing for their blockchain projects from a broad financial community. 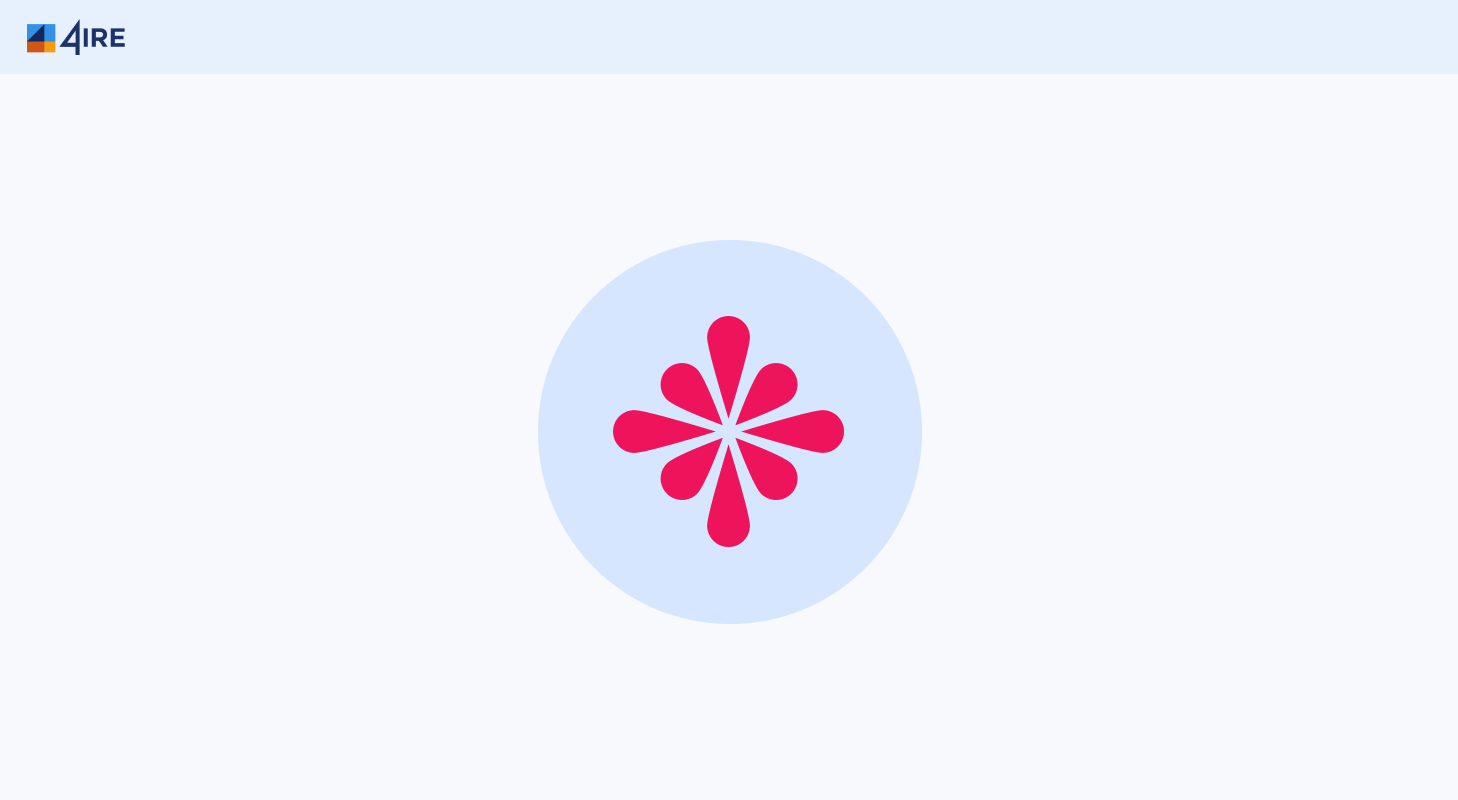 All crypto market participants know Uniswap – a decentralized exchange enabling fast and convenient transactions in crypto assets between users. Polkaswap is its analog built on the Polkadot protocol, offering more beneficial terms, such as reduced transaction fees and faster operational speed. Besides, Polkaswap is a cross-chain DEX, enabling users to enjoy pooled liquidity from several platforms included in this ecosystem. 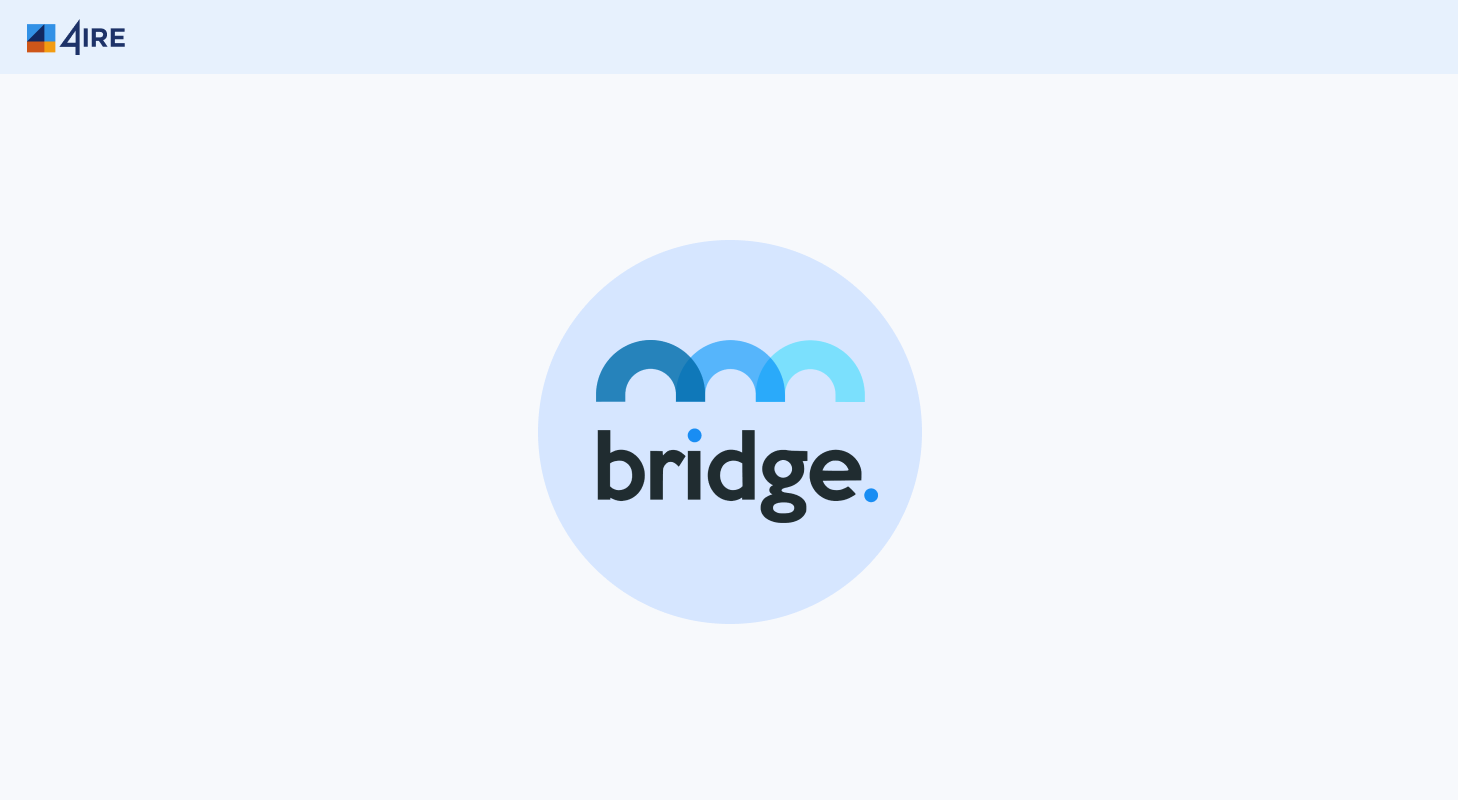 The best about Bridge Mutual is its cross-chain nature and advanced asset security guaranteed to all users. Besides, this risk coverage platform offers greater coverage liquidity than other DeFi lending and borrowing products can provide today. The solution functions based on a blockchain-based, transparent code that supports a broad range of features: oracle and NFT coverage, transitions to DAO, etc. An additional feature that users are sure to enjoy is an innovative approach to asset insurance during crypto transactions. 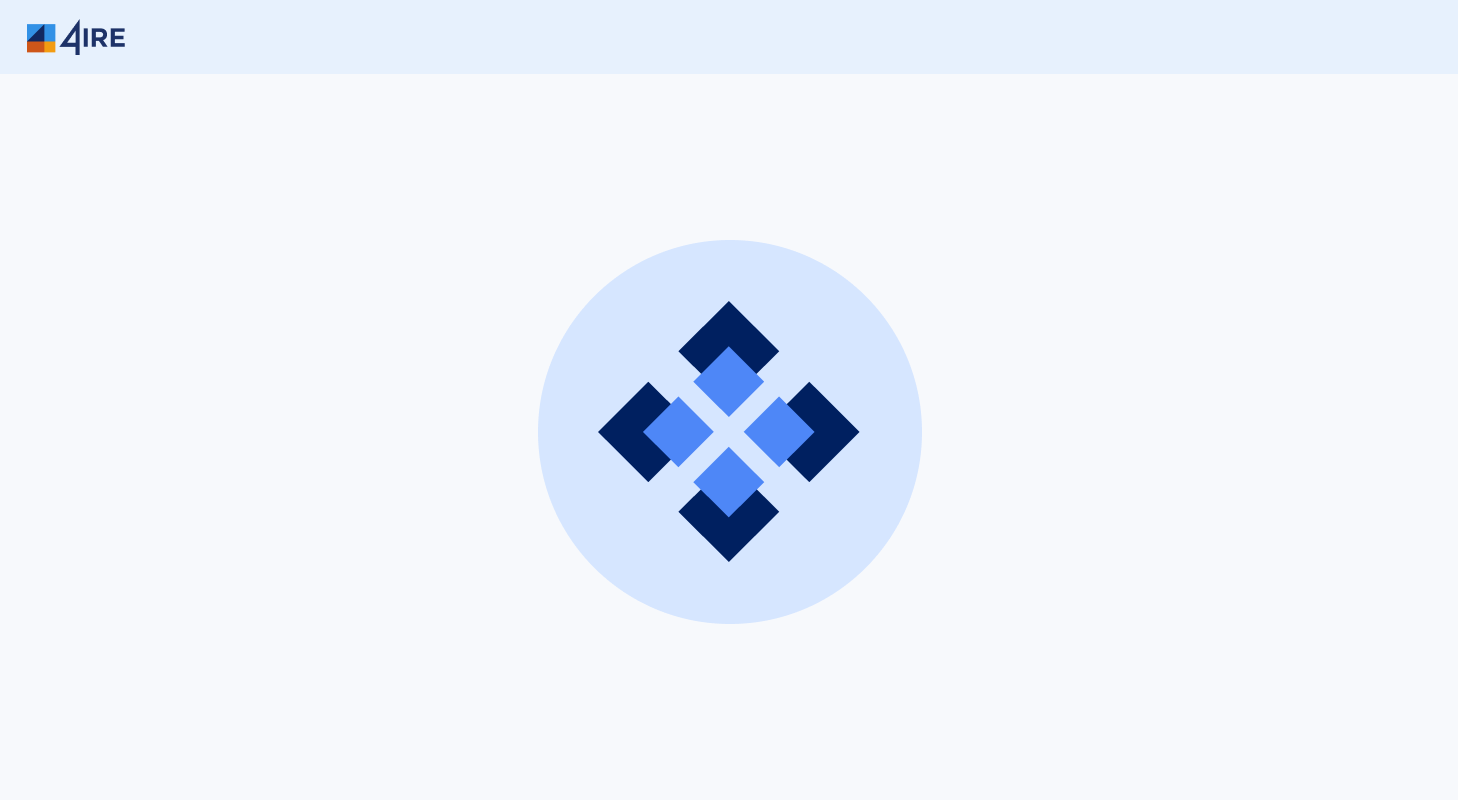 RioChain claims to be the next-generation DeFi solution, which is achieved via bridging traditional and crypto finance. The apps designed on Rio promise lower transaction fees, quicker validation, and the overall enhanced efficiency of transactions. RioChain aims to create a truly global DeFi environment in which the savings holders will also be reimbursed with higher returns. 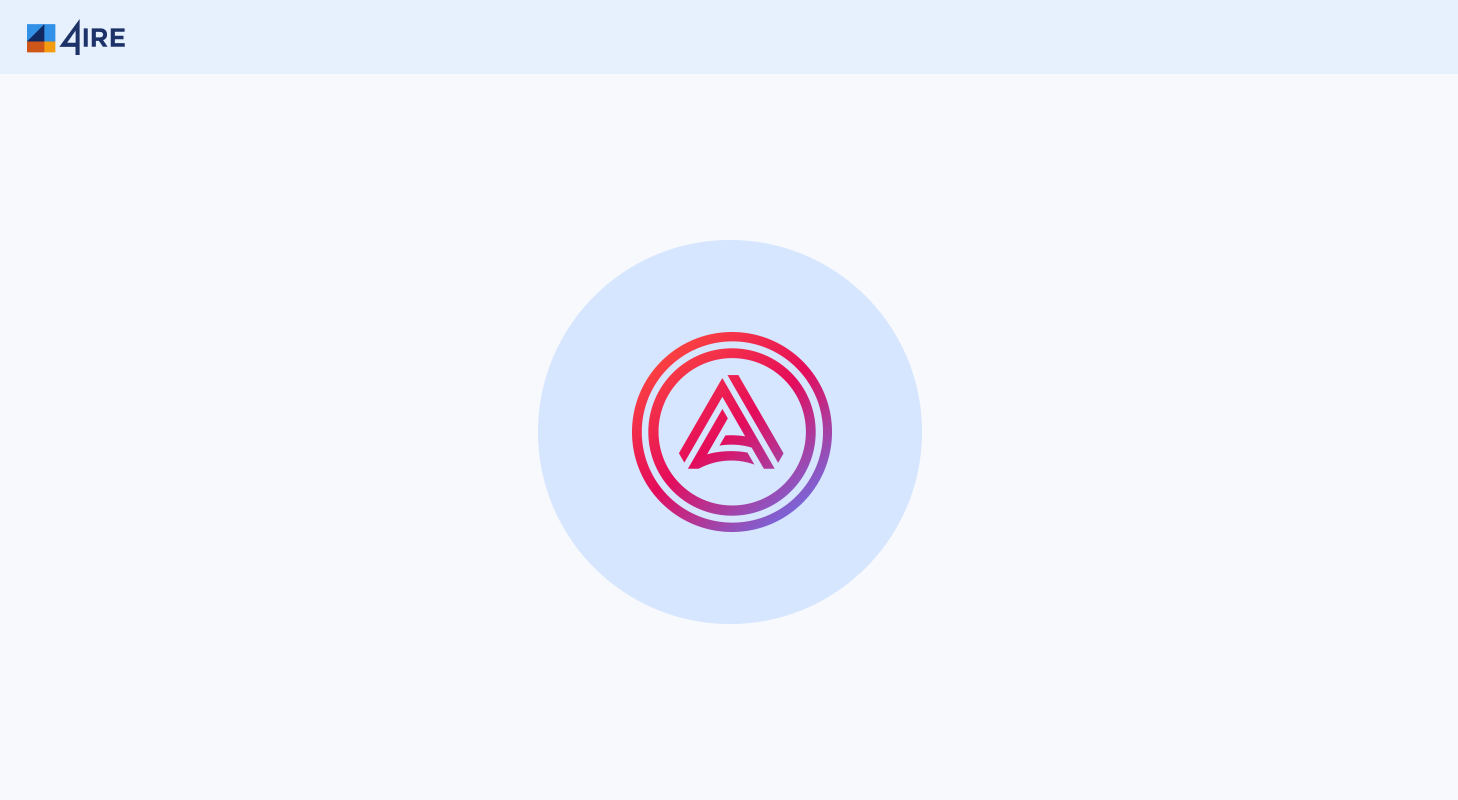 Acala was a long-awaited project scheduled for launch in 2021. Its primary aim is to integrate the DeFi functionality into the Polkadot ecosystem. This project technically functions based on a dual protocol, one of which is Homa (ensuring stake liquidity), and the other one is Honzol (supporting the collateralized stablecoin aUSD for the system). The network is fully decentralized and functions with all decisions taken by its token holders after voting. 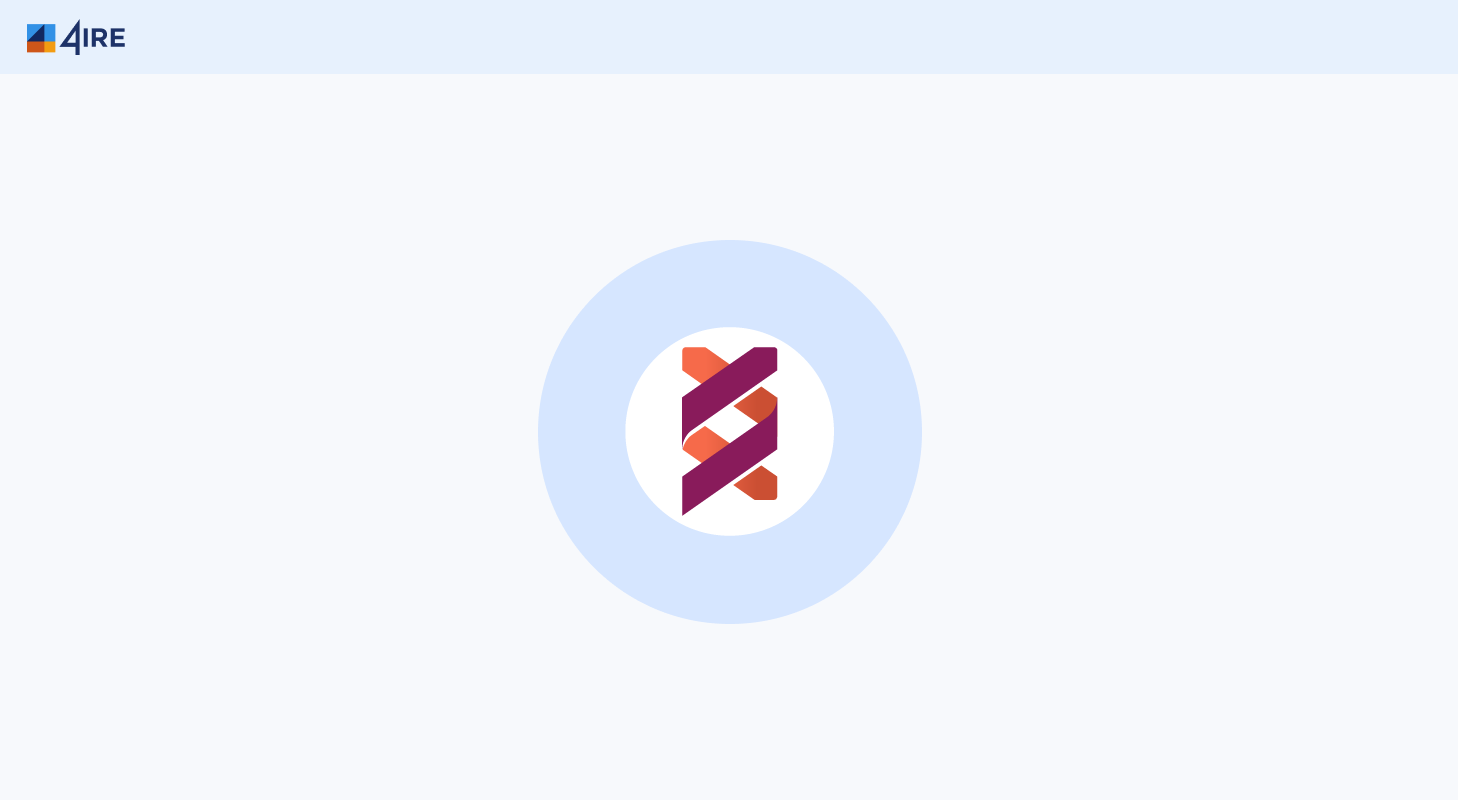 KILT is an innovative Polkadot-powered application focusing on identity verification within the industrial IoT sector. The product’s founders strive to make IoT identity verification fully decentralized because of the involvement of numerous corporate entities in the IoT ecosystems while at the same time democratizing the user access to IoT via cheaper technical solutions. 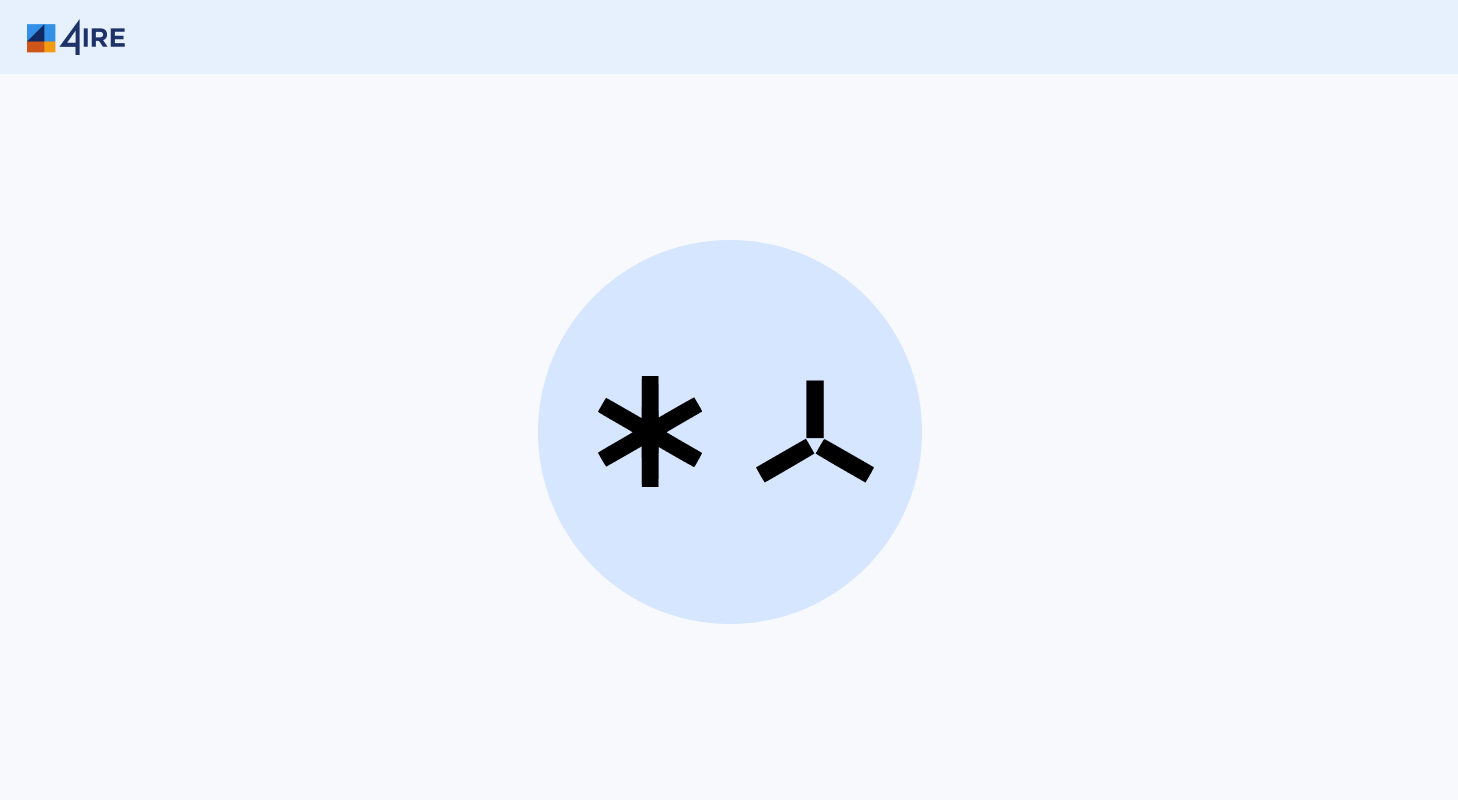 The uniqueness of Edgeware for all users of the Polkadot ecosystem lies in the self-improving nature of its smart contracts. Thus, it emerged as the first smart contract parachain in the Polkadot mainnet in 2019, with all chances to become the most convenient solution for smart contract deployment in this network.

Which Polkadot Project Is Doomed to Success?

Based on a thorough analysis of functionality and unique value of Polkadot-powered projects upcoming in 2021, we give the palm of victory to Kusama. Many features make it unique and potentially booming in the coming years, if not months.

With these features, Kusama represents a unique testing ground for all Polkadot developers, giving a versatile and realistic yet safe simulated experience of running a project as a full-scale Polkadot parachain.

What Is the Polkadot project?

A Polkadot project is one created based on the Polkadot protocol. The ecosystem also offers a user-friendly framework, Substrate, which streamlines quick and convenient dApp creation for its further launch and linkage to the Polkadot relay chain.

What projects are built on Polkadot?

Polkadot’s universality ensures that you can build all kinds of blockchain projects with its help without technical limitations. To date, there are numerous oracle, DAO, and bridge projects powered by this blockchain. Besides, users build exchanges and DeFi apps, smart contracts, data and privacy management solutions, and IoT apps on its basis. Polkadot is also suitable for the design of gaming and hiring apps as well as for scaling of existing blockchain products.

How to find the best projects on Polkadot?

Given that too many blockchain projects are created every day, users need to exercise caution about which projects to support and join. The central parameter for choosing the best Polkadot projects is whether they contribute something genuinely unique to the system. For instance, Polkadot revolutionized the blockchain universe by enabling simultaneous interaction of multiple blockchains, thus achieving unrivaled interoperability unthinkable before. Similarly, the Polkadot-based projects need to make unique contributions to rise in demand and value. For instance, the Parami project transforms the web advertising niche by enabling a user-centric tokenized advertising economy. Its blockchain-verifiable digital identities (DIDs) help customize user exposure to advertising while at the same time preserving a high level of user privacy – the common challenge of the modern advertising sector. The Crust Network project resolves the problem of storing your data on Google Drive or Dropbox, which leaves 100% control of your data assets to the cloud provider. Its decentralized storage network features multiple storages that focus on data privacy and user ownership. So, each project you’re considering should give some unique value and solve a real, pressing user problem.

How many projects did Polkadot have?

As of 2021, there are 350+ projects launched on the basis of Polkadot, with many more to come soon.

Most well-known NFT marketplaces, like OpenSea or Rarible, have an appealing infrastructure and a universal set of f ...
15 May, 2022
Our news 11 min

We hope you enjoy read the blog. If you want my team help you, just book a call
Book a call
Tap to book a call